Safety conditions for medical personnel and patients will be reviewed: Ministry of Health

Referring to the events in Durango, where a doctor lost his life, the Secretary of Health, Jorge Alcocer Varela, pointed out that professional practices in the communities will continue as it is an academic and professional need. Likewise, the security conditions will be reviewed.

During the Health Pulse, at the morning press conference led by President Andrés Manuel López Obrador, Secretary Alcocer Varela indicated that “it is a sad event that should not be repeated. However, young people have to finish their learning with practices and social presence in the different instances, although distant places that do not have completely safe conditions must be analyzed,” he said.

After commemorating the death anniversary of former President Benito Juárez, who died of a myocardial infarction, the Secretary of Health said that the priority is to strengthen the new health model in the entities where it has been launched, such as Nayarit, Tlaxcala, Colima, Sonora, Baja California Sur and Campeche, and advance in those that have scheduled workshops and signing agreements, such as Guerrero and Sinaloa.

The general director of the Mexican Institute of Social Security (IMSS), Zoé Robledo, highlighted that the IMSS-Wellness program has been able to operate 100 percent in the medical units of the states of Nayarit, Tlaxcala and Colima, in addition to having a important progress in the basicization of health personnel, improvement in infrastructure, equipment and supply of medicines.

He also informed that the training of personnel and the implementation of the Health Plan for Well-being in Baja California Sur is scheduled to begin on July 18; on August 1 in Sinaloa and on the 15 of the same month in Campeche. On July 25, the field survey will begin in Guerrero in 1,051 medical units and the installation of work tables.

Referring to the National Day of Recruitment and Hiring of Medical Specialists that took place from May 24 to July 13, he pointed out that, of 4,494 accredited professionals, 2,621 are already hired by complying with all the phases of the process and deliver documents.

He explained that the coverage in the Health Institute for Well-being (INSABI) is 66 percent; IMSS, 58 percent; IMSS-Wellness, 100 percent; Institute of Security and Social Services for State Workers (Issste), 40 percent; Petróleos Mexicanos (Pemex), 15 percent and the National Institutes of Health, 26 percent. 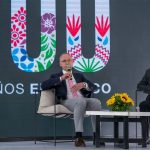 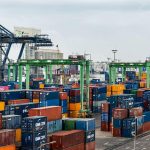 T-MEC and ‘nearshoring’ can increase exports to the US: Bancomext 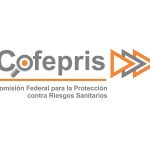 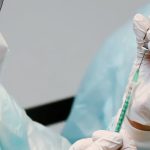 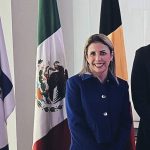